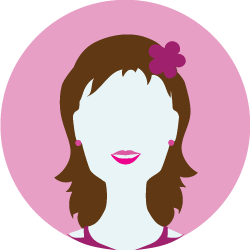 Members of the public rely on security officers to make them feel safer in uncomfortable situations, but it's important to remember that a security guard isn't invincible. If you've recently been hired in this position, you yourself might feel a little timid when you're on patrol in areas that feel a little scary. One such location is an underground garage, and if you work in an office or retail complex, part of your job may be to patrol the garage overnight. Doing so can require a strong set of nerves, but there are a handful of tips that you can keep in mind to feel more confident during this patrol. Here are some suggestions.

Even if no one in the garage is out to attack you, you don't want to get a fright as a result of rounding a corner and being face to face with someone you didn't know was there. One way that you'll feel more confident while on patrol in this environment is to use the convex mirrors that are customarily mounted at corners. As you approach a corner, simply take a look in the mirror — it will clearly reveal what (or who) is around the corner. Armed with this knowledge, you'll feel much more confident rounding the corner.

Walk In The Middle

Familiarize Yourself With The Garage During The Day

Underground garages aren't typically brighter during the day, given their limited natural light, but they often feel safer somehow. If you're gearing up for a nighttime patrol and feel a little tentative, make a point of walking through the garage during the day. In doing so, you'll be able to familiarize yourself with its layout so that there are no surprises, as well as understand each of the exits in the event that you have to pursue a suspect. By the time your night patrol rolls around, you won't be as intimidated about entering this environment.